The state of California allows its citizens to have their past criminal convictions expunged provided that they (the individual and respective criminal conviction) meet a set of qualifications. Today, record expungement and sealing are quite common in Sherman Oaks and throughout California.

A new law in the state allows those individuals who were arrested for a crime but never convicted to have the arrest record automatically sealed as a matter of right. Sealing an arrest will ensure that it will not show up on criminal background checks in the state, other than to law enforcement.

Record Expungement attorney has a team of experienced and knowledgeable lawyers who have assisted Sherman Oaks, CA, residents to have their arrest records sealed and criminal convictions expunged.

California’s Criminal law on expungement is Penal Code 1203.4 PC. An expungement or dismissal refers to a legal process that releases an individual from any negative consequences resulting from a criminal conviction.

Once your criminal conviction records are dismissed, a criminal background search done on you will come back showing that the charges were ‘dismissed’ as opposed to showing ‘conviction.’ Today, background checks are commonly run by potential employers, landlords, and other organizations, which means that a clean record offers you a higher chance of success compared to having an arrest or conviction on your record.

Ergo, expungement increases your chances of competing for good jobs, enrolling for college or university, as well as getting accepted for an apartment lease, professional license, or any other important goal that requires you to go through an application process. Normally, having a past criminal record makes it harder, if not nearly impossible, to advance your professional and personal goals.

It is important to realize that expungement does not completely erase your criminal record, but only changes the conviction status to a dismissal. Also, not everyone is eligible for expungement.

Who is Eligible for Expungement?

Expungement is open to you if you have been convicted in California of either a misdemeanor or a felony provided that:

You also do not qualify for expungement if:

The good news is that if you do not qualify for an expungement, you can still get a relief for your offense through one of the following options:

What an Expungement Does and What to Expect

As per Penal Code 1203.4, a criminal conviction expungement releases you from virtually all the penalties and disabilities that arise out of your conviction. But there are some exceptions as listed below:

This means that you are not obligated to reveal a criminal conviction that has been expunged. In California, employers cannot ask a job applicant about their criminal record until the latter receives a conditional offer of employment.

It is illegal for employers to treat you with prejudice or discriminate against you if your case was dismissed through expungement. Discrimination occurs because it is quite hard to prove that it happened. Notably, a majority of employers are willing to hire someone whose records are expunged over someone with a criminal conviction.

You stand a better chance of getting college approval, getting approved for an apartment lease, qualifying to apply for a state-issued professional license, among other benefits after expungement.

Expungement is not an event but a process that requires you to fill complicated legal paperwork and submit them to court before the relevant deadlines expire. As a result, it is prudent to hire an experienced lawyer to represent you throughout the process.

Our attorneys at Record Expungement Attorney are experts in record expungement and sealing processes. During your initial free consultation, we will look at your case to determine whether or not you qualify for expungement or require other legal options to clear your records.

Note that you can only apply for expungement if:

Once all the paperwork is submitted on time, the prosecuting agency handling your case may or may not decide to contest the expungement in court. In this case, we will represent your case before the presiding judge. Fortunately, the prosecution rarely contests expungements.

If the judge chooses to grant your request, you will be allowed to withdraw your previous ‘guilty’ or ‘no contest’ plea and plead ‘not guilty.’ Once the verdict is set aside, the case is declared as ‘dismissed,’ which will be reflected on your police report.

But if the judge denies your expungement requests, he or she will probably give you their reasons, but your lawyer can also ask for them if the judge fails to do so. The reasons will be helpful in your future expungement petition.

Generally, the entire process takes between 30 and 60 days depending on the specific factors surrounding your case and the nature of your offense. Upon your request, we can help expedite the process.

It is possible to pack a number of motions into one but should only be done under the advisement of a skilled criminal defense lawyer who handles record expungement and sealing cases. The most common examples of petition packaging include asking the court to:

According to a new California law, individuals who were arrested but were never convicted will have their arrest records sealed automatically. The new law originated as the California Senate Bill 393 and was signed in by Governor Jerry Brown.

Why Seal Your Arrests Records?

Since criminal records are public records, anybody can access your criminal history. This means that prospective employers, insurance companies, state licensing agencies, apartment owners, or even a potential dating partner can see your criminal record if they run a background search on you. Often, many do not care to find out if the arrest was justified.

It is quite easy, and rampant, for employers to dismiss your job application simply because you have an arrest record. Although this action is prohibited by the state, it is hard to prove. Ergo, having your record sealed under PC 851.87 will make it inaccessible to the public but can be viewed by criminal justice agencies or the state of California.

Who is Eligible to Seal Their Arrest Records under Penal Code 851.87?

PC 851.87 gives you the right to seal your records provided that the arrest never resulted in a conviction. An arrest does not result in a conviction, for the purposes of PC851.87, if any of the following is true:

The exception to automatically sealing your arrest record is when you have a history of arrests or convictions for child abuse, domestic violence, or elder abuse. However, even in the cases above, your arrest record can still be sealed if the presiding judge determines that such an action serves the interest of justice.

Moreover, you may not be eligible to have your arrest record sealed if:

Furthermore, the petition must be legally served on both the arresting law enforcement agency and the prosecuting attorney of the county or city that the arrest occurred. The petition must include the following:

If the District Attorney decides to contest your petition then the court will schedule a hearing. Whether or not you will be required to personally appear in court is determined by your county of residence- in this case, Los Angeles County.

The judge will examine your arrest record during the hearing and, if necessary, any evidence presented supporting the petition. Since the judge has a lot of discretion in deciding whether or not to grant your motion to seal and destroy your arrest records – and because he or she can decide to deny your motion with prejudice barring you from re-filling – it is critical to hire a record expungement and sealing attorney.

A skilled lawyer from Record Expungement Attorney will research your case, make sure all the paperwork is filled out and filed correctly, and argue your case to the judge if necessary.

How Long Does Arrest Records Sealing and Destroying Take?

Typically, the entire process of having your arrest records sealed is 90 days after the date of filing the petition. Within 30 days of filing your petition, the court will notify the law enforcement agency that was involved in the arrest, the agency that manages the master criminal history records, and the California Department of Justice.

If the petition is approved, both your court and master criminal records will be immediately updated to show that your arrest has been sealed. The sealed records can only be disclosed to you or a criminal justice agency.

Any improper dissemination of your sealed arrest records is punishable by a civil penalty of $500 to $2,500 per violation as applicable. You can also sue for compensatory damages or even punitive damages if you think the release was done recklessly or intentionally.

Record sealing is only available if you have an adult arrest that did not result in either a conviction or jail time while a criminal record expungement refers to a relief that allows you to change your criminal conviction status to show a dismissal. The former cannot be disclosed or seen by the public during a background search but the latter can be seen as a case ‘dismissed.’

At Record Expungement attorney, we pride ourselves in having a top legal team of skilled and experienced criminal defense lawyers who handle criminal records expungements and arrest records sealing cases quickly and expertly. We also assist you in getting your certificate of rehabilitation (CoR) and certificate of detainment as well as applying for a governor’s pardon.

If you are interested in knowing more about California expungement, adult criminal record sealing and other methods of cleaning your record, contact us at 805-836-0422 today for your free consultation. 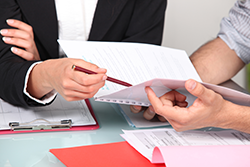